Welcome to the Science Zone!

At the Discovery School, we love exploring, experimenting and enquiring. The Science Zone is the place where we share our love of science.

We thought your families would like to join in the fun too, so on this page, you will find experiments for you to try at home (with the support of an adult). Remember to take photos of your super science and email them to one of the science team so that we can share your brilliant work with the world! Click on the images below to have fun with rocket science!

*If you or one of your family members does not want their picture on the website, please share your work with us in another way, perhaps print a photo off at home and bring it into school.* 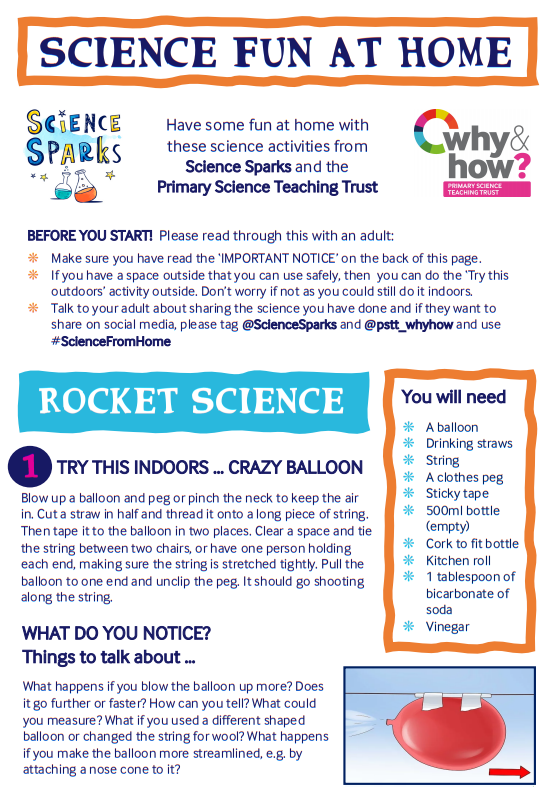 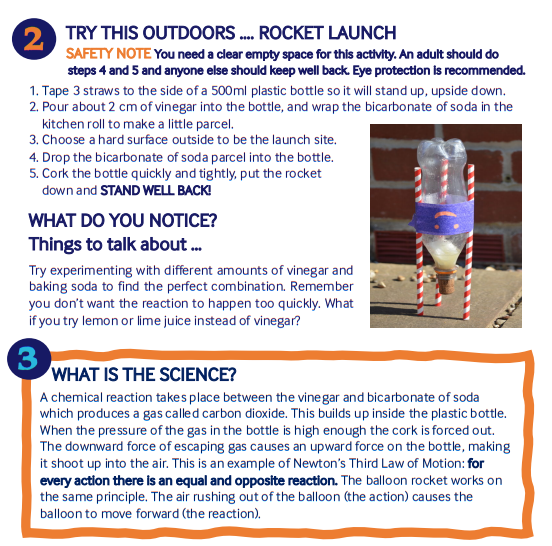 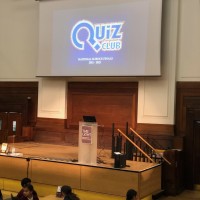 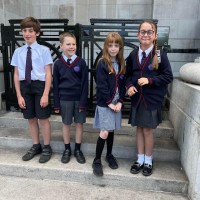 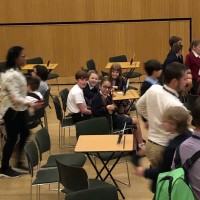 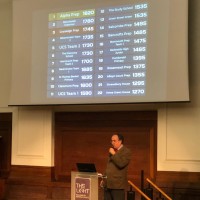 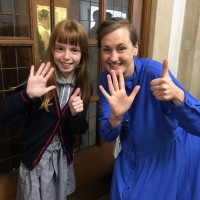 On Monday 4th July 2022, The Discovery School science team made their way to the Light auditorium in London to put their science knowledge to the test in the Quiz Club National Finals. The team, made up of Edward, Aiden, Aimee and Ruby competed against 26 other teams who had travelled from as far away as Bristol, Manchester and even Wales! The teams had worked hard to make it through the online semi-finals and quarter-final to be here.

The auditorium buzzed with excitement and nerves as the children settled down and devised their strategies while the quiz-master, Simon, put all of the children at ease. Once the rules of the quiz were explained, silence fell upon the room and the first question was asked. You could have cut the tension with a knife!

Despite some of the questions being challenging, the children conferred, persevered and worked incredibly well as a team. At the end of round One, The Discovery School were in 4th place. In the following rounds, The Discovery School team kept us all on tenterhooks, dropping down to 24th but then moving steadily up and we finished in an amazing joint 5th place!

We are all so very proud of the children’s achievements and thankful to their parents for coming along to cheer them on. In addition, a big thank you to Mrs Dey for holding practice sessions at school so that the children were cool, calm and collected on the big day! We cannot wait to do it again next year!

If you’re wondering if you would make the team, here is a taster of some of the questions the children were asked:

Who do we associate with the discovery of radium and polonium?

What is the chemical symbol for lead?

"Nothing in life is to be feared; it is only to be understood."

I am sure that you have heard of our scientist this term as one of our year 3 classes is named after her. Marie Curie is remembered for her discovery of radium and polonium, and her huge contribution to finding treatments for cancer. Marie Curie was the first woman to win a Nobel Prize, in Physics, and with her later win, in Chemistry, she became the first person to claim Nobel honors twice. Her efforts with her husband Pierre led to the discovery of polonium and radium, and she championed the development of X-rays.

Adapted from Mariecurie.com and biography.com 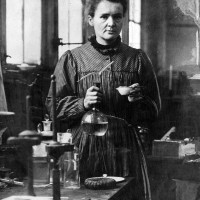 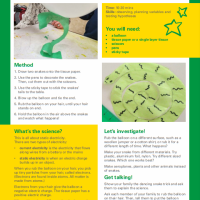 We are so proud of our Year 5 and 6 scientists for making it to the second round of the Quiz Club National Science Championships! Four teams from The Discovery School took part and two of the teams made it through to the next heat in February. Well done, we are so proud of you!

Following the heat in February, one of our school teams has been invited to the Quiz Club National Science Championship Finals in June! If all goes well, the finals will be held in person in London! Well done to all of our champion scientists!

"Every scientist dreams of doing something that can help the world."

I wonder if you have heard of the scientist we have chosen to celebrate this term. Her name is Tu YouYou and she became the first Chinese woman to win the Nobel Prize in 2015 for her work in creating an anti-malaria drug which has saved millions of lives in Asia and Africa. Interestingly, Tu YouYou used her knowledge of traditional Chinese medicine to assist the development of the drug. Tu YouYou was born in 1930 in Ningbo, China. Her parents impressed upon her and her siblings the importance of education, but Tu YouYou had to take a 2-year break when she contracted tuberculosis (a nasty disease which often affects the lungs) when she was 16. Upon her return to education, she knew that she wanted to study medicine and to find cures for diseases. 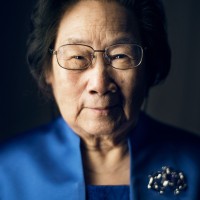 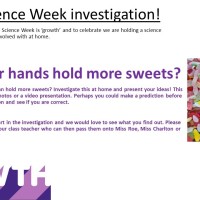 “I am passionate about inspiring the next generation of girls into Stem careers."

Our scientist for Term 3 is the vaccinologist Professor Sarah Gilbert. She is a very important scientist because she led the team at Oxford University who designed one of the Coronavirus vaccines (a vaccine is a medicine that is put into your body. It helps your body learn how to fight germs that might make you ill).

In the 1990s, Professor Gilbert began to work at Oxford University. She studied a disease called malaria. Then she began to work on vaccines against malaria, ebola and other deadly viruses.

The coronavirus was discovered in December 2019. In early 2020, Professor Gilbert began to work on a vaccine for it. Her team in Oxford worked on the virus and designed a vaccine in just one weekend!

A Barbie doll was made to honour Dame Sarah Gilbert. She hopes that having a Barbie doll will show children different career choices that they might not have known about before, like vaccinologists. 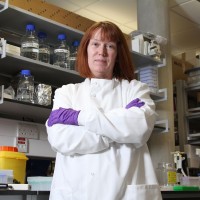 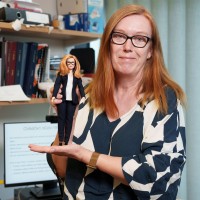 Get your family involved with these science investigations all about the body. Remember to email the science teams with your photos (see above for email addresses). We can't wait to see your work! 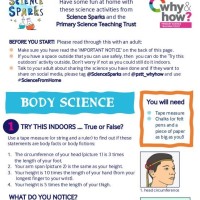 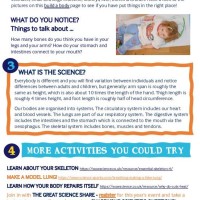 “Don't let anyone rob you of your imagination, your creativity, or your curiosity. It's your place in the world; it's your life. Go on and do all you can with it, and make it the life you want to live.”  Mae Jemison.

Our Scientist of the Term links Black History Month and National Space Week, which are both celebrated in the month of October.

Mae Jemison is best known as the first Black woman to travel to space, she is an American engineer, physician and astronaut. Born in 1956, Jemison first studied Chemical Engineering and went on to study Medicine at Cornell. She then spent 2 years as a Peace Corps medical officer in Sierra Leone and Liberia. Upon her return to the US, Jemison changed career and, in 1987, was admitted to the NASA astronaut training program. On 12 September 1992, Jemison became the first Black woman to travel to space, where she spent just under 8 days orbiting the Earth. (adapted from https://www.varsity.co.uk/science/19693. Photo Credits: biography.com, space.com) 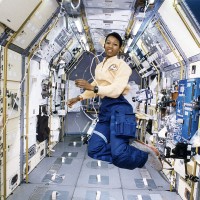 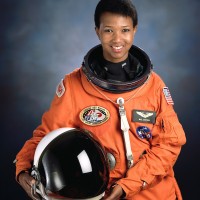 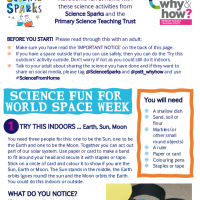 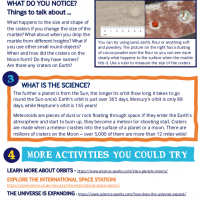